Much of the catering for our meetings and events comes from De Bakkerswinkel. Why? Because we love their products and because we try to find our suppliers in our neighbourhood. De Bakkerswinkel is located just around the corner in the Warmoesstraat. Michel started the company 17 years ago. His wife Simone joined him 7 years later. Read their story and get to know them a little bit better!

De Bakkerswinkel opened its doors in Warmoesstraat 69. The building used to be a large warehouse for the neighbouring coffee and tea supplier Geels. At the time the Warmoesstraat still had a lot of large firms. It also was quite a rough street. Michel and his partner wanted the interior of their company to be like the street itself: rough and lively, but also homey. After some necessary adjustments and the help of their house designer Piet Hein Eek, the place opened up.

Soon it was a success, for breakfast, lunch and high tea, it was actually always busy. Sales at the counter also went very well, which why the "Meeneemwinkel" was opened, further down the Warmoesstraat (number 133). This was August 2008. Today this is the place where all the cakes and quiches and all kinds of tasty cookies are made fresh. Meet Berlage’s lunches and snacks are also made here. Our team picks them up there.

The neighbourhood changed a lot over the years and attracts more and more large groups of tourists. “All changes have good and less good things” says Michel, “but both the residents of the neighbourhood and the day trippers and tourists know where to find us. It is a good mix of guests, who are always pleasantly surprised when they come in. I’m really proud that Simone and I still manage to achieve this warm atmosphere and good quality products again and again after all these years. Thanks also to Sjoerd, Jasmijn, our son David and the rest of the team of course.”

Among Michel’s favorite products are the tasty French toast that’s available in the restaurant on Warmoesstraat 69. And the old cheese sandwich with sweet onion compote from the Meeneemwinkel. But above all, the scone with raisin and raspberry jam and clotted cream is for Michel the all time champion. 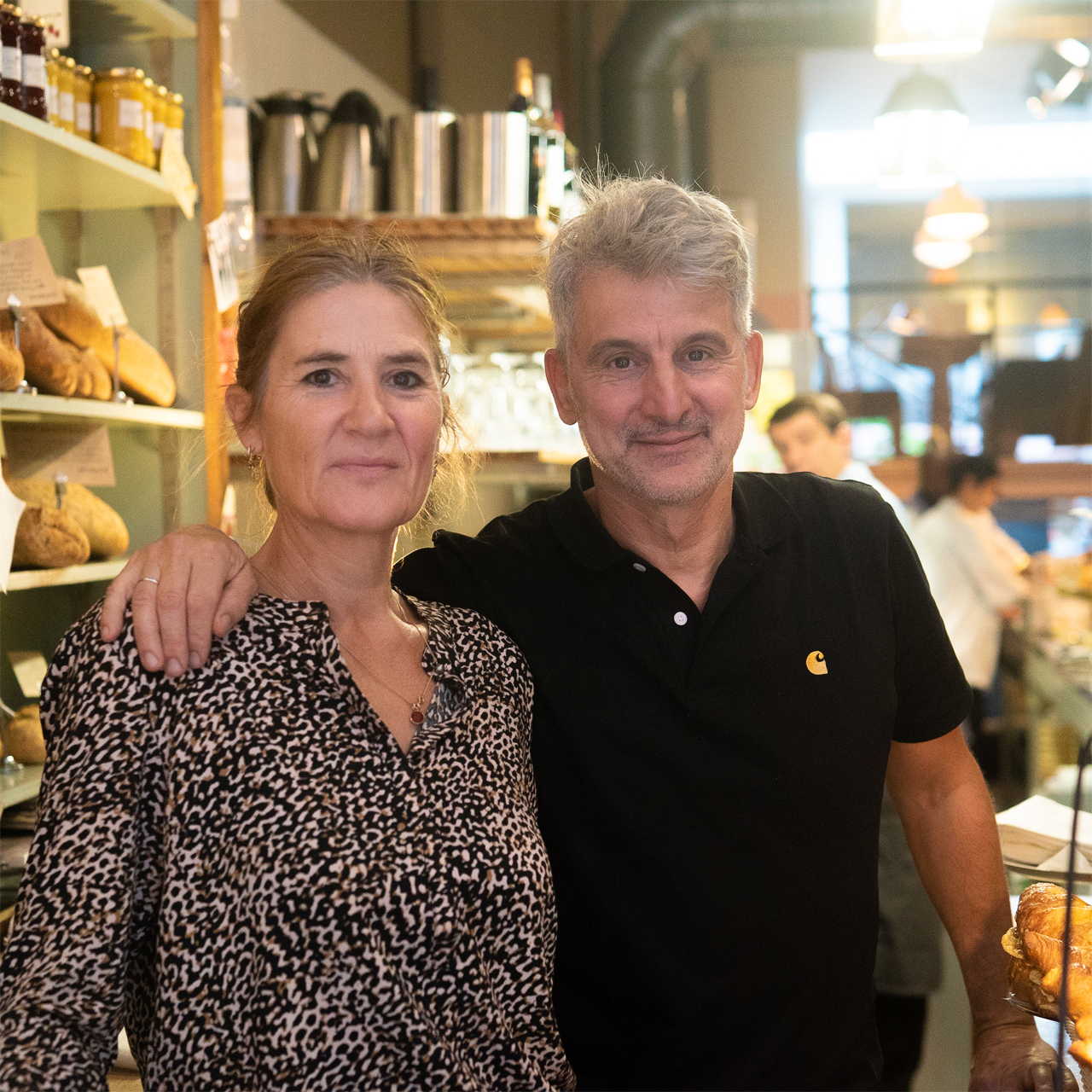